The Most Valuable Rolex No One Can Ever Buy… But It Could Be Gifted?

Saint John Paul II was not someone who was known to aspire for or use luxury goods. Yet, he would come to have one remarkable possession that was a constant companion during his papacy. Rumored to be a gift from Rolex this was a 36 mm steel and yellow gold Datejust on a jubilee bracelet with a champagne dial. Many world leaders have similar or far more expensive watches. The Dali Lama also wears a similar piece as did Rev. Martin Luther King Jr. Several U.S. presidents have worn a Rolex gold Day-Date on a presidential bracelet. 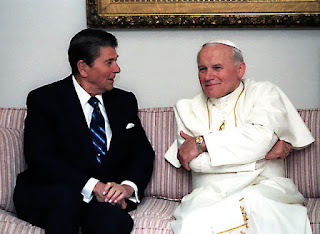 At retail in 1978, the former Pope’s Datejust, reference 16233, would have cost $1,260. In 2021 dollars that would be equivalent to spending $5,276 on a watch (good used examples from this time cost $6,500 to $7,500 today). The most affordable new Rolex today will cost you $5,700 at retail. If you went to a Rolex dealer to buy a new version of the watch worn by Saint John Paul II it would cost $11,700. Then the magic begins. When buying a Rolex at retail today this puts one in a rare economic circumstance—the item you buy grows in value as it leaves the store. You could then “flip” it selling it to someone for $13,500. This is due to limited production of pieces and the difficulty in getting an authorized dealer willing to sell to you, which is impossible if they think you are going to flip the watch after purchase.

The world of Rolex and watch collecting has experienced phenomenal growth in the asset bubbles of recent years. When a Rolex that was worn by some notable public figure comes on the market one can throw economic fundamentals completely out the window. Rising well above all others, at $17.8 million is Paul Newman’s Rolex Daytona, which had been a gift from his wife (inscribed “Drive carefully. Me”). In 2015, astronaut David Scott’s personal Bulova watch, which he wore on the moon, was auctioned off for $1.6 million. Astronauts are supplied Omega Speedmasters for spaceflights by NASA. Buzz Aldrin sent his moon worn piece to the Smithsonian and to this day no one can locate it. This is probably one of the most valuable watches that no one knows the whereabouts of.

That brings me back to the Rolex worn by Saint John Paul II. In his will he wrote, “I leave no property behind me of which it is necessary to dispose. As for the everyday objects that were of use to me, I ask they be distributed as seems appropriate.” That Rolex was likely one of those “everyday objects” and with the Pope becoming a saint in 2014, the watch became a second-class relic. Church law states, “Can. 1190 §1. It is absolutely forbidden to sell sacred relics.” However, these can be given away by owners and in rare circumstances could be bought from someone to save them from destruction or desecration.

I have been trying to research what happened to the two-tone Datejust after the death of Saint John Paul II. I can’t find any record of what happened to it or where it is today. Given what has happened in the Rolex world in recent years and the incredibly notable person who wore this piece I imagine it is one of the most important and valuable watches in Rolex’s history—especially if it was indeed a gift from the company.

Pope Emeritus Benedict XVI was often seen wearing a German 42 mm Erhard Junghans Tempus Automatic. He received it as a gift from a German politician, Volker Kauder. You can find one today for about $2,000 previously owned. It has Roman numerals on the dial and there is a IIII at four instead of IV. There seems to be no consistent history about how this became a custom first on clocks and then on watches. One of the most likely theories is that it was just easier for people reading a town clock hundreds of years ago to add the four bars rather than subtract I from V.

Pope Francis wears a resin quartz Casio MQ24-7B2, which sells for about $15 to $20 at Wal-Mart. He likely purchased this himself (probably not from Wal-Mart). Casio has confirmed that the watch was not a gift from them and I think it would be unlikely for someone else to give the Pope a $15 watch. Casio wasn’t even aware that Pope Francis was wearing something from their brand. On this Casio perhaps the most interesting thing is that the numeral font on the dial is Handel Gothic. This was designed for the Warner Brothers Studios logo in the 1970s and can be seen in the credits for Sesame Street. Perhaps most famously it was used as the font in materials for the film Close Encounters of The Third Kind.

Popes prior to Saint John Paul II didn’t regularly wear a watch or seemed to favor pocket watches over wrist watches. In the watch world one of the most famous categories of desirable watches are moon-worn pieces or watches just worn in space. One can now perhaps add pope watches (for more on this: 1, 2, 3, 4) as a category and this collection currently contains three pieces from a very affordable Casio to a nice German Roman numeral watch and finally a two-tone Rolex of unknown working condition or location. Still looking… In watch collecting people call the watch they want to own the most a “grail watch.” I don’t want to own this relic but it would be very interesting to know where it is today. 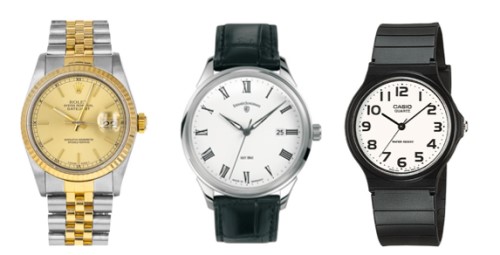