Where Is Mass Attendance Highest and Lowest? 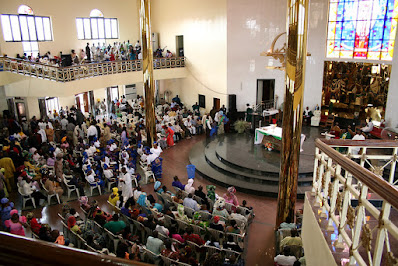 Which country has the highest Catholic Mass attendance? We can’t say for sure because surveys have not been conducted on the topic in every country in the world. The World Values Survey (WVS) is in its seventh wave (beginning in the 1980s) and has data for 36 countries with large Catholic populations. Among these, weekly or more frequent Mass attendance is highest among adult self-identified Catholics in Nigeria (94%), Kenya (73%), and Lebanon (69%). The next segment of countries, where half or more Catholics attend every week includes the Philippines (56%), Colombia (54%), Poland (52%), and Ecuador (50%). Fewer than half, but a third or more attends every week in Bosnia and Herzegovina (48%), Mexico (47%), Nicaragua (45%), Bolivia (42%), Slovakia (40%), Italy (34%), and Peru (33%). Click the image below to see a larger version. 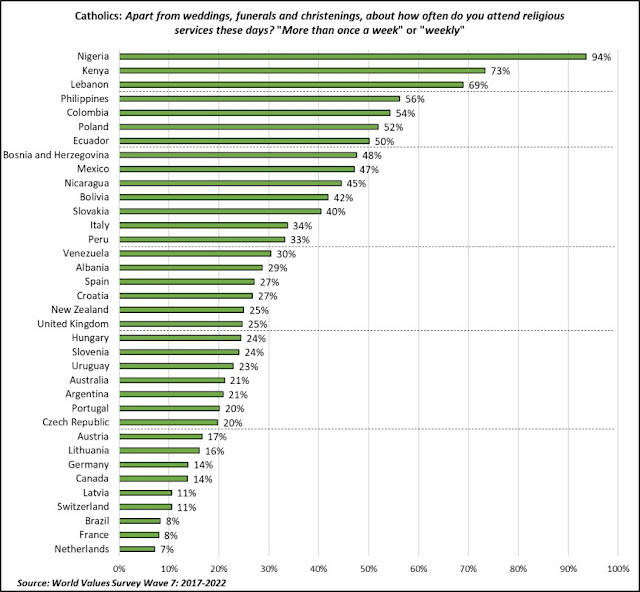 There are countries where there is a close relationship between answers to both questions including the Netherlands, Argentina, Ecuador, the Philippines, Kenya, and Nigeria. But for many other countries their placement is far from the regression line. Lebanon, for example, has very high Mass attendance, comparatively speaking, but the share of Catholics there considering themselves to be religious is substantially lower in comparison to other countries. Ninety-seven percent of Catholics in Uruguay consider themselves to be a religious person, yet only 23% of Catholics there attend Mass weekly or more often. Click the image below to see a larger version. 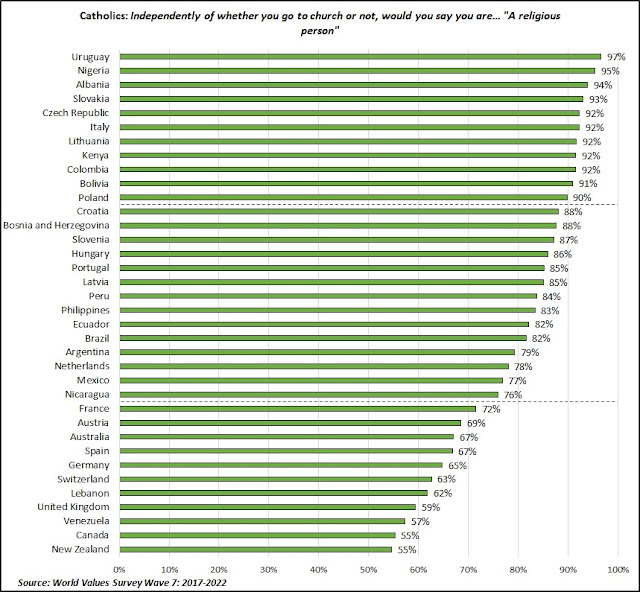 In terms of identifying as a religious person, Catholics in the United States and France are quite similar (74% and 72%, respectively). Yet, only 8% of Catholics in France attends Mass weekly compared to 17% of Catholics in the United States (and 24% attending weekly prior to the pandemic).
While there seems to be a disconnect between identifying as a religious person and attending Mass weekly there is a third factor that may explain the comparative distribution of both of these attributes. If you’ve looked closely at the countries you might have noticed some economic clustering.

GDP is the total value of all goods and services produced in a country in one year. When you divide this by the population you get GDP per capita, which is the standard measure of the average comparative wealth per person between countries (data: World Development Indicators, World Bank). 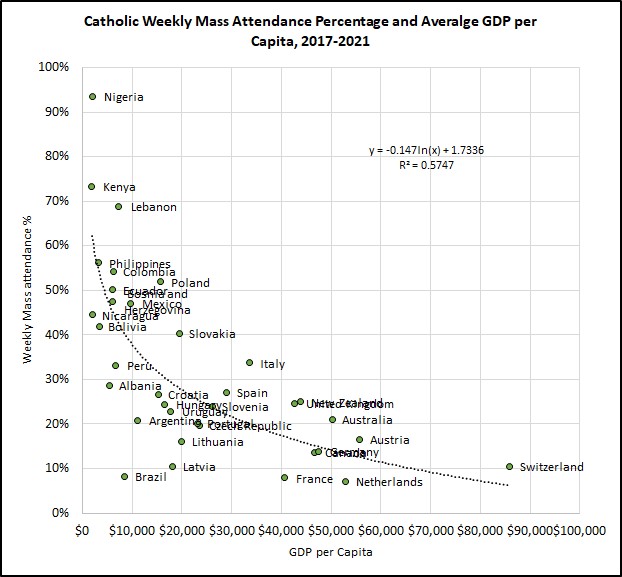 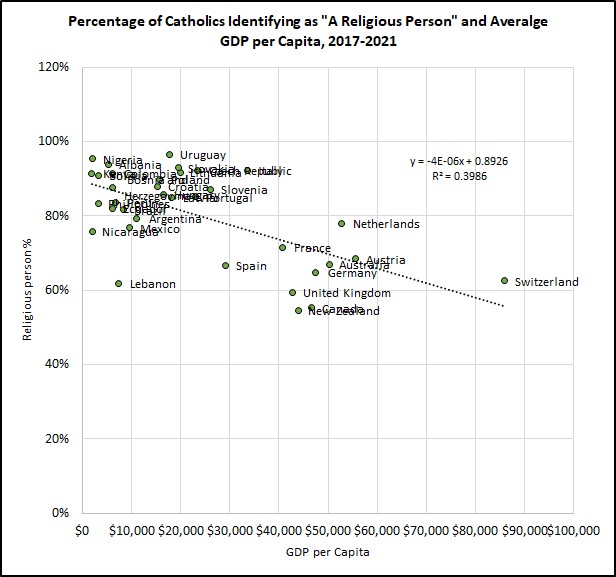 Religiosity has a more linear, yet weaker, relationship with GDP per capita (R2 of .399). There is a large cluster of countries with GDP per capita less than $25,000 that have among the highest shares of Catholics self-identifying as religious. In higher income countries, religiosity falls. There is a cluster of countries in Western Europe, North America, and Oceania with lower levels of religious self-identification. Switzerland, with the highest GDP per capita of the countries surveyed, has both low levels of weekly Mass attendance and relatively smaller numbers of Catholics self-identifying as religious persons. In this scatterplot, Lebanon is the most significant outlier with lower than expected levels of religious self-identification.

In this small sample of countries, we can surmise that Catholicism is strongest in what is often called the developing world where GDP per capita are lower, while it appears to be contracting in wealthier "developed" countries. The precise mechanisms associated with economic development and wealth that are impacting Catholics' participation in the faith and identification as religious are unclear. Whatever they are, they matter significantly.